7 Things to Know Before Conduct Retrenchment 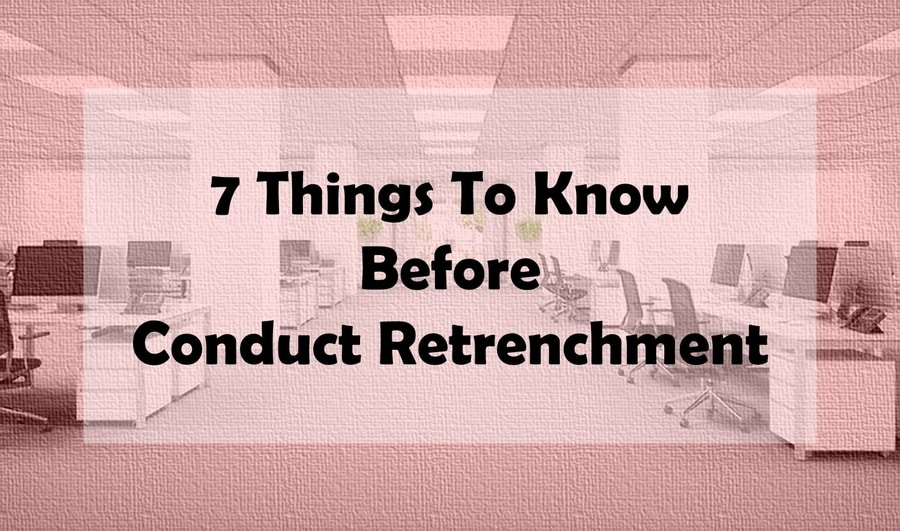 Retrenchment is a strategy often adopted by companies to achieve financially stable.

The recent COVID-19 pandemic leads businesses to financial constraints and left employers with no option but to retrench workers. However, the retrenchment procedure can be tricky and costly.

Award No : 349 of 2020
INDUSTRIAL COURT OF MALAYSIA
BETWEEN
MOHD ZAKIR BIN YUSOFF
AND
TELARIX (M) SDN. BHD
SUMMARY:
FINDING OF THE COURT:

The court concluded that the Company had failed to prove a genuine redundancy, awarded the employee back-wages of 15 months, and compensation in lieu of reinstatement of one month’s salary per year of service. In reaching its conclusion, the Court considered the following:

However, if retrench of worker is unavoidable in your company, these are the 7 things you need to know before conducting retrenchment.

Retrenchment is a form of dismissal when the roles of employees have become redundant - when an employer has more employees than it needs.

The common situation that leads to redundancy are:


2. The management’s right to decide on reorganisation

The courts will not intervene with management’s decision on how they strategized their business as long employers can prove the retrenchment is genuine.

From the case study, we learn that if management decides to restructure its business, the justification of this decision must be well documented and supported with statements to prove financial loss.


3. Guidelines on selecting employees to retrench

Employer cannot randomly choose which employee to be retrenched. It is important for employer to practice FWFO principle (Foreign Worker – First Out) and LIFO principle (Last in – First out).

Though exceptions are possible, employers may carry out retrenchments by criteria after consult and obtain the agreement of the workers or the trade unions representing them.

Employers are also required to submit a written notification (PK Form) to the nearest Department of Labour at least 30 days before conducting a retrenchment exercise.

Employers need to disclose information such as the reasons for the retrenchment, number of workforces, number of workers involved in voluntary separation schemes, etc.


5. Does the law require employers to pay retrenchment benefits?

Under regulations 3, 4 and 6 of the Employment (Termination and Lay-off Benefits) Regulations 1990, Employee who cover under Employee Act 1955 and have been employed under a continuous contract of employment not less than 12 months before the termination date are entitled to termination Benefit, which are as follows:

The prorate formula for an incomplete year should calculated to the nearest month which the contract of service is terminated.

For employees not covered under the Employment Act 1955, their termination benefits would depend on their Service Contract.


6. Can employees challenge a retrenchment?

Yes, they can! Employees who feel that they have been unfairly retrenched can bring a claim against the employer.

In deciding whether the retrenchment was justified, the court always consider the two key questions:

Was there an actual redundancy that justified a retrenchment?

This depend on all the relevant facts based on the reason given by the employer for the retrenchment.

If retrenchment was justified, was the employee-selection process fair?

This goes back to the FWFO principle and LIFO principle, also consideration of whether the employee pool/category was properly defined.

If the court decides that the retrenchment was unfair, the employer will be ordered to reinstate the employee or pay compensation in lieu of reinstatement.

Employers should, where possible, comply with the Code (mentioned earlier) and any other guidelines that may be issued by the Ministry of Human Resources to strengthen their case that the retrenchment was carried out genuinely.

Some of the best practices (as extracted from the Code) include:


Consider other alternatives to retrenchment such re-training and/or transferring the employee to other departments / subsidiaries within the organisation, temporary reduction of working hours